SEE THE VIDEO OF THE RECEPTION PERFORMANCES

Video of Performances at the Opening Reception
Saturday, Sept. 14 / 4-9pm

Statements by the Performing Artists

MARK BLOCH
This performance had to do with death and rebirth in the form of found objects that are reborn from mysterious beginnings and finding their proper place in a vast universe. I found dozens of colorful plastic balls that each previously contained a "Dragon Ball Battle Figure."

Next I found a beautiful book published by a Chinese monastery in Australia called "Selected Translations of Miao Yun Part 1" in which "an old monk overcomes difficulties and progresses step by step toward Buddhahood in the midst of a peaceful cloud (Miao Yun).” A typical page of the text therein that I adhered to the back states “Continuity of birth and death explains that life is impermanent and continuous.”

I systematically removed the pages of the book out and then cut out all the English paragraphs of the book separately (allowing the Chinese characters on the back of each page to fall where they may), leaving each slip of paper as its own message, slightly longer than but similar to the fortune one would find in a fortune cookie.

By distributing the colored balls with the help of an assistant (Cooper Mars, son of ABAD artist Robert Mars), we made it possible for each member of the audience to unite with their own unique colored plastic ball each containing a different paragraph from the book.

I hope I fulfilled the destiny not only of time and space but also of the author, myself , Cooper and the previous owner of the toys, so that all the people in attendance and all the “fortunes” found their proper destinies, setting everything right in the world.

Through the creation of collage, installation, video and performance art I examine aspects of ritual, social politics and public interaction. Working as an individual artist and also as a performer/organizer of Day de Dada (a NYC fluxus based, dada inspired Performance Art Collective) I have a varied art practice. My performance work engages the audience, often capitalizing on the element of chance.

“In Memoriam” Rosemary was a part of funerals in the past because of its magic of powerful fragrance and aid in remembrance. Mary Campbell gave ABAD guests a piece of rosemary and asked them to “Close your eyes, think of a past soul, take a whiff, and remember.”

I walked amongst the crowd and performed  “In Memoriam,” one-on-one. The herb Rosemary was a part of funerals in the past because of its magic of powerful fragrance and aid in remembrance. Mary gave ABAD guests a piece of rosemary and asked them to “Close your eyes, think of a past soul, take a whiff, and remember.” 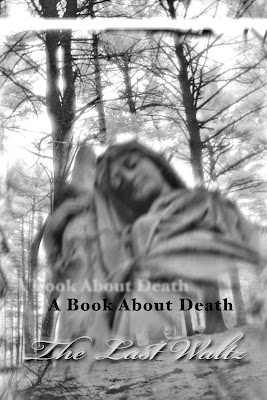 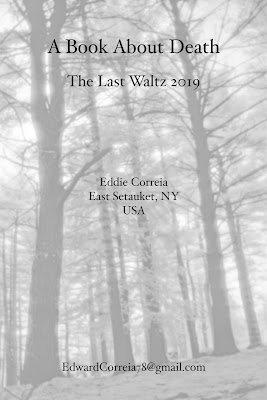 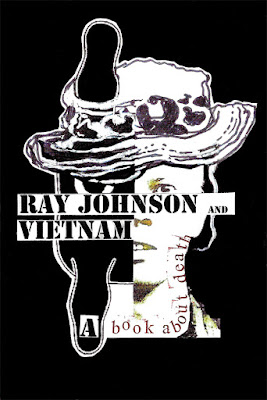 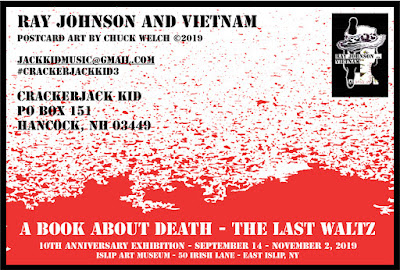 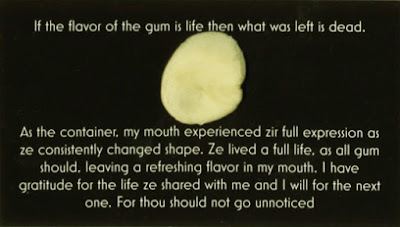 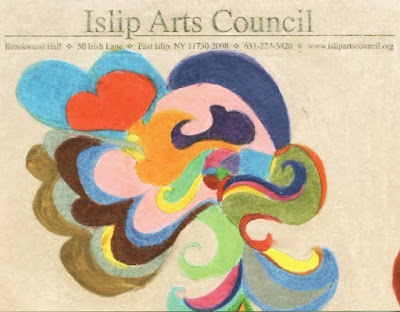 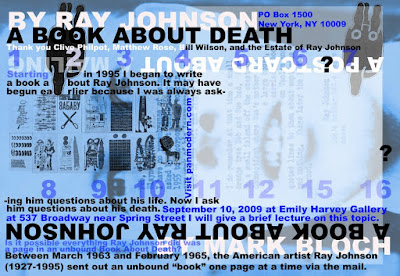 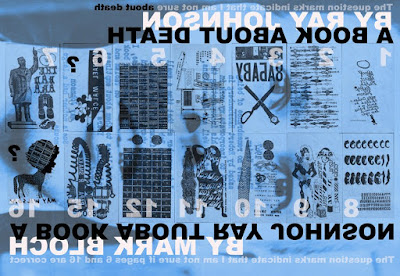 I am happy to be participating in the 10 year PANiversary of the celebration of Ray Johnson’s A Book About Death. And to acknowledge that Ray first sent out pages from A Book About Death much earlier—to members of his New York Correspondence School some 56 years ago, in 1963.

Ray Johnson sent me pages from that “book” two different times—once in an envelope on which he mysteriously scrawled “Deathplace.” It contained pages 1,7 and 15. I received it May 11, 1984. He explained to me that he had been sending out two or three pages of the book randomly to people for decades and that no one had received the complete “book.” Then on October 1, 1984, he sent me a copy of page 7 again, not the page but a copy of it, accompanied by an altered version of it.

The original image features a drawing of US congressman (representing both Ohio and New York, by the way, two of my favorite locales, and Ray knew this) Samuel S. Cox, known as “the letter carrier’s friend” because he fought for the rights of postal workers. Cox (about whom Ray said that the S. in his middle name stood for “sucks”) was commemorated by a sculpture in Tompkins Square Park in the East Village of New York City. The drawing in A Book About Death is of the sculpture, not the man, and the sculpture was said to not be a very good likeness to start with. Anyway, that drawing was not drawn by Ray but his alteration of it was. He had added a “ladder” (instead of a “letter”) to commemorate his “Roof Event” in which he played the role of a "ladder carrier.” (I had already jokingly changed his Roof Event to a Food Event and was later in attendance at the event, handing out plastic forks in honor of our correspondence.) I was surprised when he handed me an envelope, mid-performance, with my name on it, his only deviation from walking back and forth with a long ladder over his shoulder on top of a parking garage. Anyway, these are some of the images that come to mind when I think of A Book About Death, now forever fused with the 2009 commemorative event at Emily Harvey Gallery where I met so many wonderful people who later became close friends. Every time someone has had another celebration, it has multiplied exponentially the fun and mayhem, not to mention the network connections. It has been an honor to be involved with this project from the start. I salute you LuAnn, for your creating this new “page” from this Ray Johnson idea of a “book.” 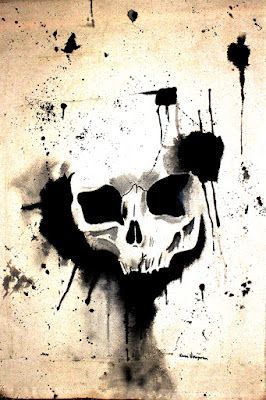 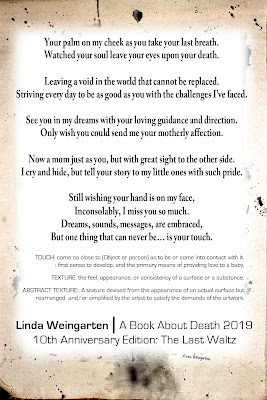 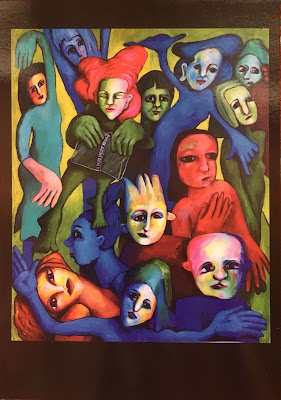 Email ThisBlogThis!Share to TwitterShare to FacebookShare to Pinterest
Labels: Eline Achterhuis, The Netherlands 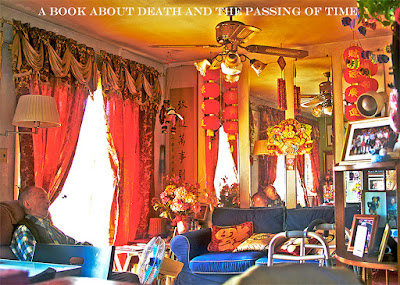 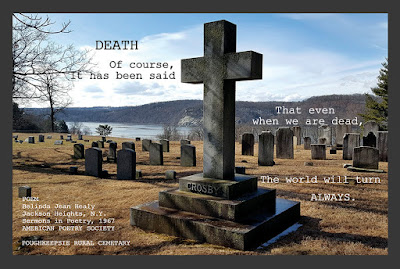 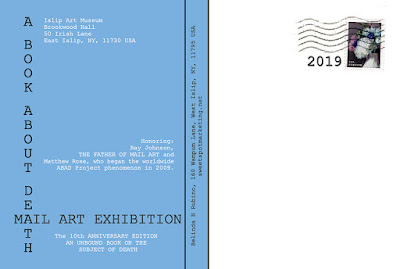