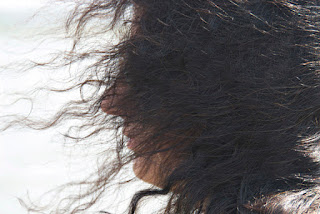 LuAnn T. Palazzo is an award-winning designer, fine art photographer, and independent curator, living on Long Island, NY. She has been a part of the “A Book About Death” Project since the original Soho show in 2009, and has created art for every one of the 28 worldwide shows.

Her design and photography has been shown all over the world – as far away as Indonesia and as close to home as the Islip Art Museum, LI. Her work is in the Permanent Collections of the MoMA NY, the Los Angeles County Museum of Art, CA, the Museu Brasileiro da Escultura, Brazil and the International Space Station Gallery.

In 2010, she co-curated (with Joan Harrison) the highly acclaimed "Ray Johnson and A Book About Death" exhibition at C.W. Post College/Long Island University in Brookville, NY. This groundbreaking show put the entire movement into its historical context and featured Ray Johnson's original “A Book About Death” for the very first time anywhere.

In 2011, she curated another ABAD show called “The Ties That Bind” at the Second Avenue Firehouse Gallery in Bay Shore, NY. This was the first show to extend the theme into music with the addition of a New Orleans style Second Line Jazz Band which played a procession from the local post office to the gallery. LuAnn learned the art of Coptic book binding and adapted it expressly for this exhibition ­– she gathered all the art into 2 hand made volumes. The books were wrapped in black lace and carried in the procession from the post office to the gallery and installed there to open the reception.