I AM SO VERY PLEASED to announce the list of prestigious institutions that are taking our show into their permanent collections (it keeps growing!):

Through the efforts of Chuck Welch:
The Archives of American Art at the SMITHSONIAN INSTITUTION, Washington DC
The Alternative Traditions in Contemporary Arts Archive of the University of Iowa
The Waskomium, Burlington, VT

Through the efforts of Ania Gilmore:
The Book Art Museum, Lodz, Poland 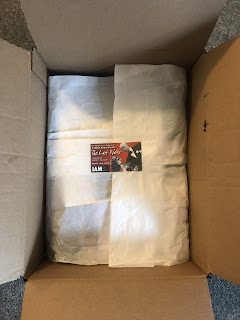 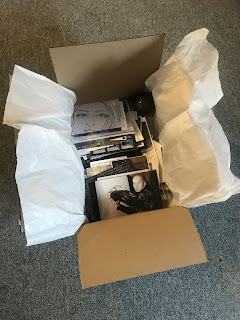 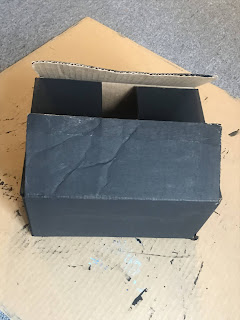 It also included music from the Long Island Baroque Ensemble and a performance by professional ballroom dancers Phyllis Ozarin and Joel Rodriguez. Visitors enjoyed a Last Waltz in the restored Gold Coast ballroom.

The Islip Art Museum, at the request of ABADer Bibiana Maltos, will offer to pack a box of the show and send it to participating artists if they so desire. The cost will be $20 plus shipping to your location. Please contact the museum at info@isliparts.org or call 631 224-5420. This will be done after the opening and only while supplies last.


THE ISLIP ART MUSEUM has 3 galleries – Gallery One displays the original 2009 show along with Ray Johnson's original A Book About Death and portraits of Ray by Michael E. Ach. There is also an audio recording of Ray being interviewed on WCWP radio (LIU, Brookville, NY) in 1984. Listen as he confounds the host.

Gallery Two houses the new 2019 show accompanied by the screening of a special ABAD 10th Anniversary performance piece sent to us from AnnMarie Tornabene (currently residing in France), and a video especially made for this show from Karen Aleykan (from Armenia). Two additional videos are featured by Maggie Nightingale, UK, and Barbara Lubliner, USA.

Gallery Three contains A ROOM FULL OF NEVER BEFORE SEEN RAY JOHNSON ART FROM THE PRIVATE COLLECTION OF MARK BLOCH!

SEE THE HISTORY
The main hall provides a living history of the ABAD Project and includes information about the life and work of Ray Johnson, along side the story of Matthew Rose’s original show and its iterations all over the world. An eleven and a half foot timeline traces all 29 shows, their curators and includes curators' notes.

FOR THE FIRST TIME, ABAD MAIL ARTISTS WILL GET MAIL ART BACK!
There is a Mail Art Guestbook Station where visitors are asked to comment on specially designed commemorative postcards. The Museum will mail one to every contributing artist after the show. (See below for the special ABAD artists commemorative card.) 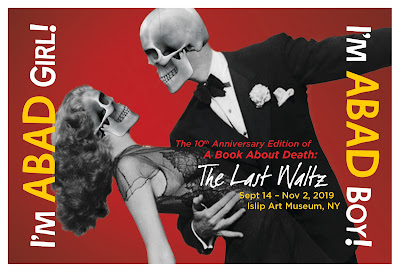 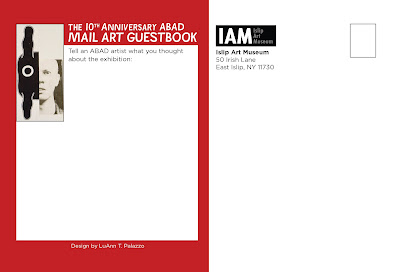